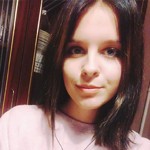 I was at my technical lesson when I saw Festiwork’s post that they are looking for stundents to England. I was really happy because I already planned England. I was surprised that I have to sleep in a tent but I thought I accept the challange. At first, there were a hungarian and than an english interview. After 2-3 days I got a call that I am in! The journey wasn’t that bad as I thougt before. We went to England with a bus and I believed that I won’t endure the way. I was wrong. I had an enjoyable time ont he bus. I got to know the others. The bus was modern and comfortable. Fortunately, I am a short girl so I could fit easilly on the seats. I can even sleep hours. The way was not short because we travelled 32 hours. The first night was so bad. The weather was cold as hell. I needed some days to get accustomed to it. I was in some interesting places. I met with an amazing people. I nearly toured England. There were more difficulities for example the weater, the mud but we saw it as a party. We were at the beach in Southampton. I went to London when we were close to it. Personally, my favourite festival was Boomtown. There were huge parties. I had 3-4 days off because I worked at Royal Ascot. So, I could go out a lot.