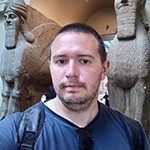 Let’s work in festivals in England? When I heard it for the first time I was afraid of it but I am a positive person and I like challanges, therefor I said why not. I spent three seasons (summers) and during this time I got a lot of memories and experience. I got so many new friends. About the work: I can say a lot. Show days were lazier than the after-cleen. After cleening was so exhausted. Next to the work i had time for my favorite hobby which is running. I had the chance to try all type of work in this 3 years. Cleaning toilets, campings, stages, backstages, I did recycling and I was supervisor too during nightshifts. Probably, being supervisor was one of my favorite position, but it was the hardest as well. The work is nota s hard as atomphysic. The places are mudy but we are talking about festivals so this is not suprising at all. At the first time your employer can be annoying but I learned not to pay attention to the negative words. I chat with some of them daily.

About the food. I had no problem with the food because it was provided three times a day. I did not care what kind of meal I got because I used to live in a dorm. I got enough food but there were some people who did not get full. I can not even count how many memoris I got in these years. I just need to think back for the concerts forexample (Rammstein, Bon Jovi, Fall Out Boy or the Rolling Stone). In this year I saw the Muse, KISS, Scorpions and Avici. I had such a good time around the festival too. Drinking beer with my buddies or swimming in the sea with them. Taste traditional meals and drinks. Feel the small England villages moods were so interesting. Let’s talk about scavenging. After the after-cleaning you can go around the campsites searching for cool things (tents, beers, snacks, clothes, shoes,) EVERYYTHING what you want. It happend when we found 150-200 can of beers. I took 2 different tents.

The events were amazing. Royal Ascot, i could see Queen Elizabeth, F1 British Grand Prix or in this year the Rugby World Championship which took 6 weeks. It was so tiring. I recommend it for sure. I am not saying this is the best job ever. There are som negative things too. The employers behaviour, the weather, sleeping in a tent can be uncomfortable after a while or if you do not see a concert what you wanted to see etc.. but this is nothing. You will have more positive memories than negative. It can be one of your best summer in your life.